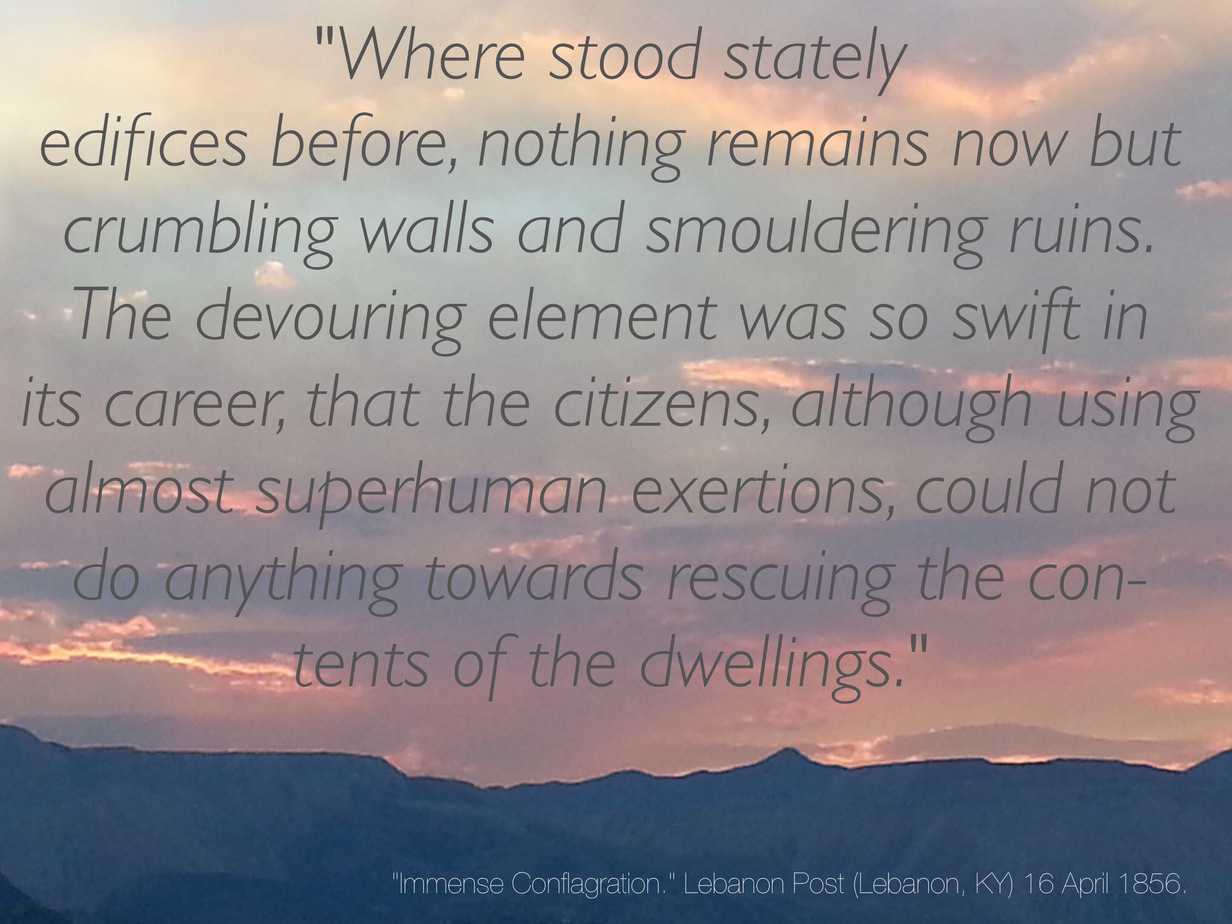 Conflagration! The Bardstown Fire of 1856

Share this post!
This blog post is part of the Donohoo Descendancy Project.
_______________________________________________
About 11 a.m. on the morning of April 12, 1856, a fire started in the town of Bardstown. The details on how it started were sketchy right from the start. Some reports claimed it started in the chimney of the house of two widowed sisters, spreading to the roof, and then down to rubbish between their home and the abandoned ten-pin-alley next door. Other reports claim the flames began in the rubbish pile and spread to the chimney and roof of the house. Regardless of the true origin of the fire, it devastated the whole community, and the Donohoo family in particular.
The weather was windy on this day, causing the flames to leap and spread to nearby buildings nearly faster than they could be evacuated. The fire wagon was brought out, but was somehow in ill repair and unable to help in the effort at all. The mayor of the city sent out a plea for help from other towns, but none were able to respond in time. Within three hours time, the entire south-east portion of the city was reduced to smoking embers.

Most families were not even able to salvage any of their household goods from the swift fire. None of the families had insurance to cover their losses. The devastation of the fire was reported throughout Kentucky, and as far away as New York and Chicago. Nearby communities, such as Louisville, called for fundraisers to help the devastated citizens of Bardstown. They formed committees to help with this fundraising effort, and the Catholic Bishop, Bishop Spalding led the way by donating $50 to the cause. The St. Joseph’s College in Bardstown donated $100 towards the rebuilding of the Methodist Church, and $100 towards the aid of the orphans and widows.
About 20 families were effected by this fire (this chart, compiled from all the reports listed in sources below, may or may not be accurate, as reports did conflict with each other): 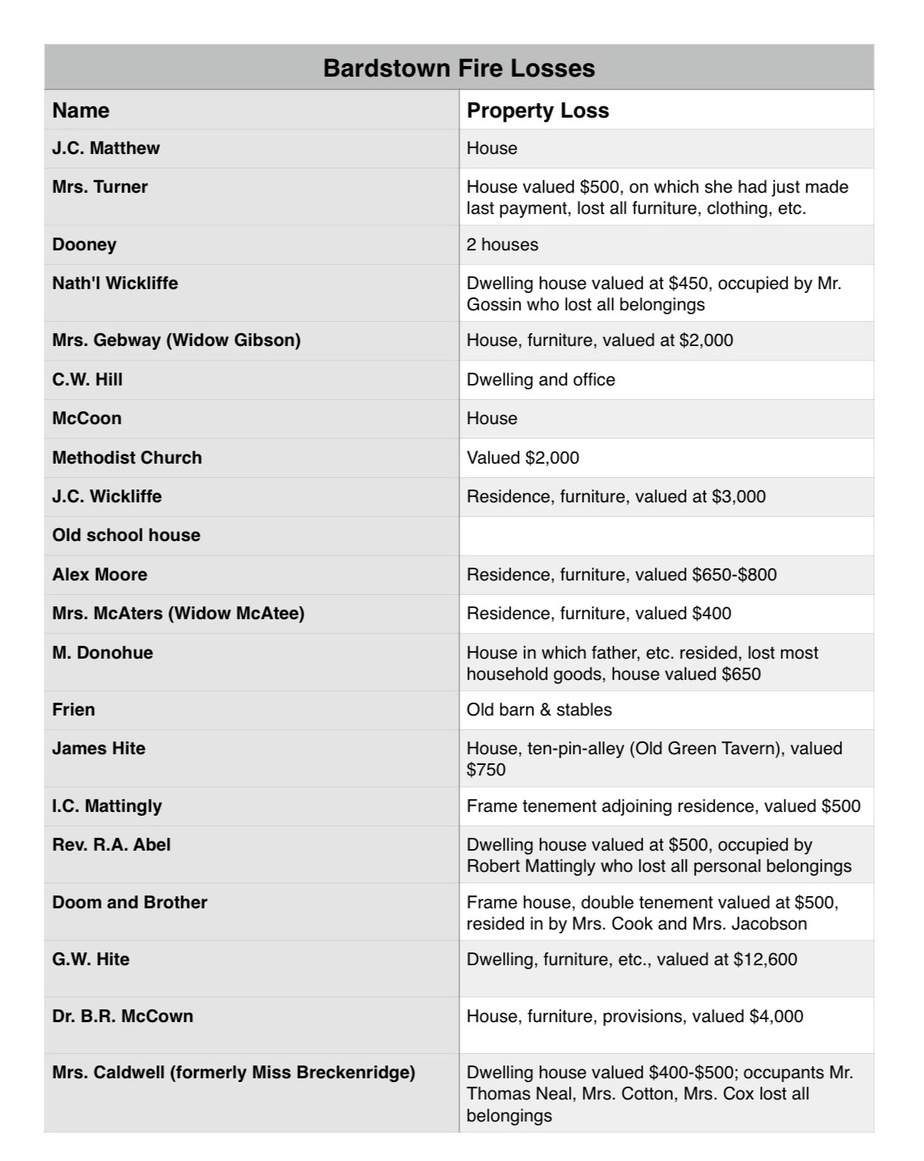