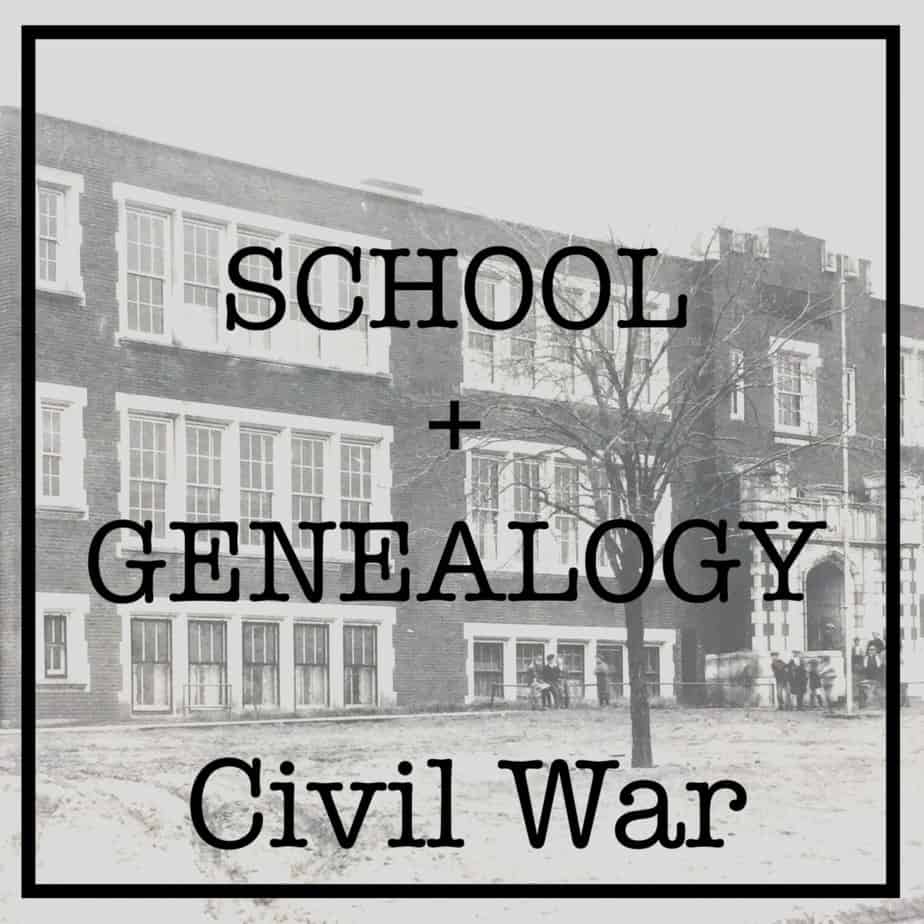 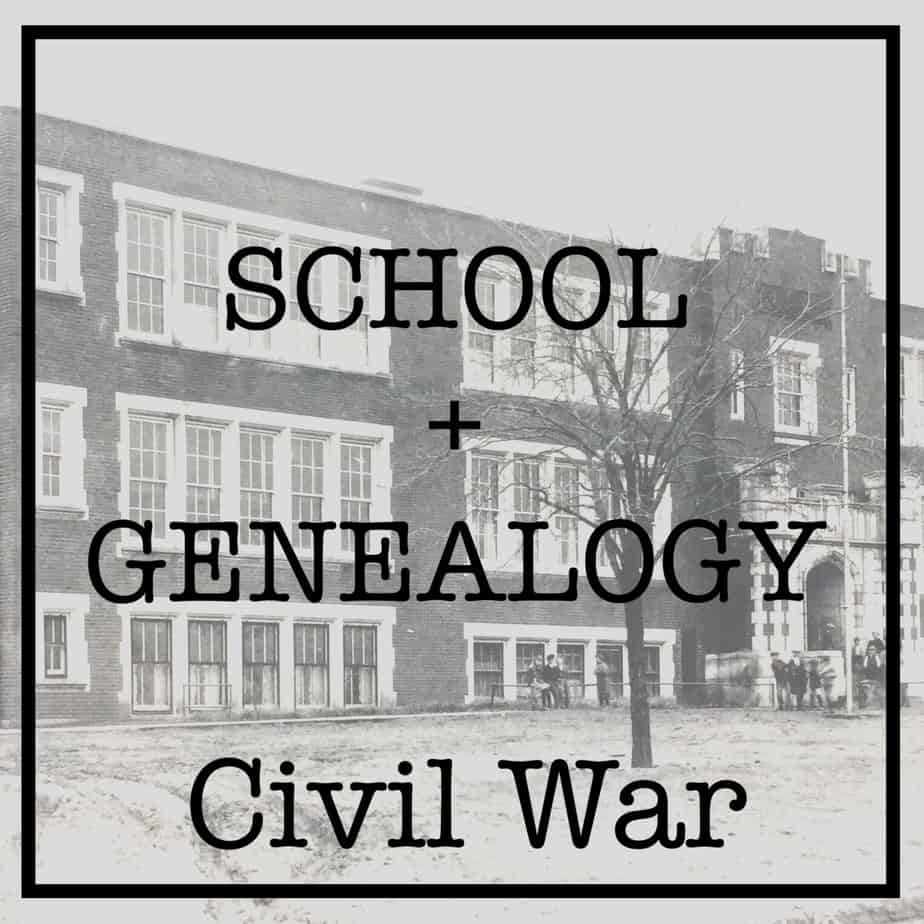 This past month, the children and I have been focusing on the history of the U.S. Civil War. Now that we covered the events leading up the war, an overview of the battles and the outcome of the war, it was time to make it personal. We started this week by taking a look at the generation(s) of our ancestors that would have been living in the U.S. during the Civil War time period. Then, we really focused in on which men from our family tree could have fought in the war. I helped the children discern the likely birth year range of soldiers during the war. The children each chose a branch of the tree and began searching for evidence of military service for those men of the right time period. Each child/teen has their own FamilySearch account, and I helped them to use the information on my Ancestry and Fold3 accounts for this project.

They found nine soldiers from our tree during their week long study. They were surprised at the lack of any known Civil War participation from an entire branch of the family. They observed that our ancestors from Kentucky fought on both sides of the war. They learned that one soldier (an ancestral cousin) from Kentucky served both sides himself, and then simply became a guerilla. He died a violent death at 23 years of age. They learned that a direct ancestor served on the Confederate side and was captured on July 1863 and spent the remainder of the war as a POW. 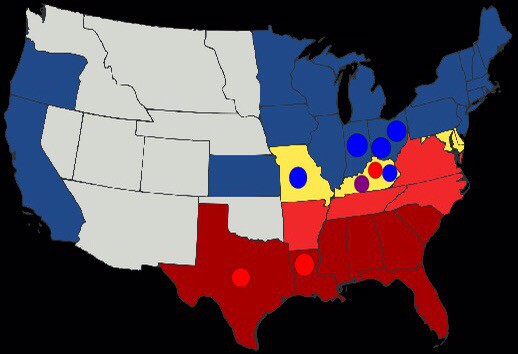 The children made a spreadsheet with the information categorized by branch of the family tree, and by Union and Confederate. They also created a map with dots to visualize where each ancestor was from and which side they fought for.

This study brought the Civil War from a far-past war waged by thousands of faceless, nameless soldiers, to a struggle waged by men and young men with names, lives, and families; our family. While we don’t have any first-hand accounts of our Civil War soldiers experiences, and have to rely on various military records, it has caused us to wonder about how our soldiers and their families were affected by the war. As we have been reading aloud from books such as “Across Five Aprils” by Irene Hunt, the children have wondered out loud if any of our soldiers’ families similarly waited nervously for news of their sons and husbands, mourned for their own losses and those losses by other families in their community, struggled to keep farms and businesses running with most young men away fighting in the war.

This study made the history of the Civil War personal to us.

To learn more about why we study our ancestors along with history: School+Genealogy= History Becomes Personal

Photo Friday: A Sketch of the Humphries