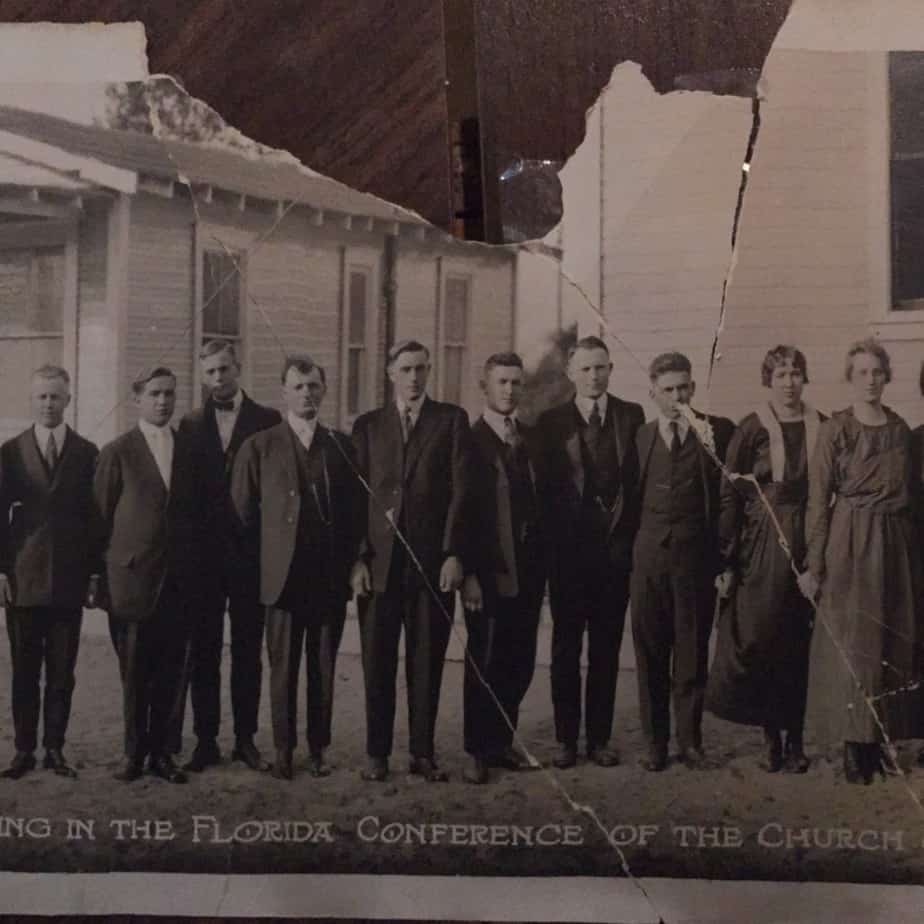 Over a decade ago, my mother and brother started on an eight hour drive to visit me. Among their luggage, they had packed several fragile and oversized photos and other genealogy memorabilia. Halfway into their travel time, I received a phone call that they had been in a terrible rollover accident and we needed to drive up to the hospital. Thankfully, even though the car was a total loss, their injuries were not serious: bruises, scrapes and minor concussions. After accessing the situation of my mother and brother, we left them to rest at the hospital while we went to retrieve their belongings from the wreckage. And it was a wreck. Their belonging had been flung everywhere! The biggest losses were some of the old, fragile memorabilia and photos. Some were crumbled, but we gathered as many of the pieces as possible. Others were just pummeled to dust and gone. Gone!

We were really slow in finally digitizing two of the crumbled panoramas… But I also think that technology has finally progressed enough to allow us to digitized these two very old, brittle, and damaged photo panoramas. We laid the pieces out on a table, piecing them together as best as possible. Then we adjusted the lighting (which was complex on glossy photos with lots of uneven, crackled surfaces). I used my panorama setting on my iPhone to get the best image. It took me a few tries to figure out where to plant my feet and how to sway my body slowly like a pendulum to get the smoothest image.

4 Simple Hacks for the Shotbox