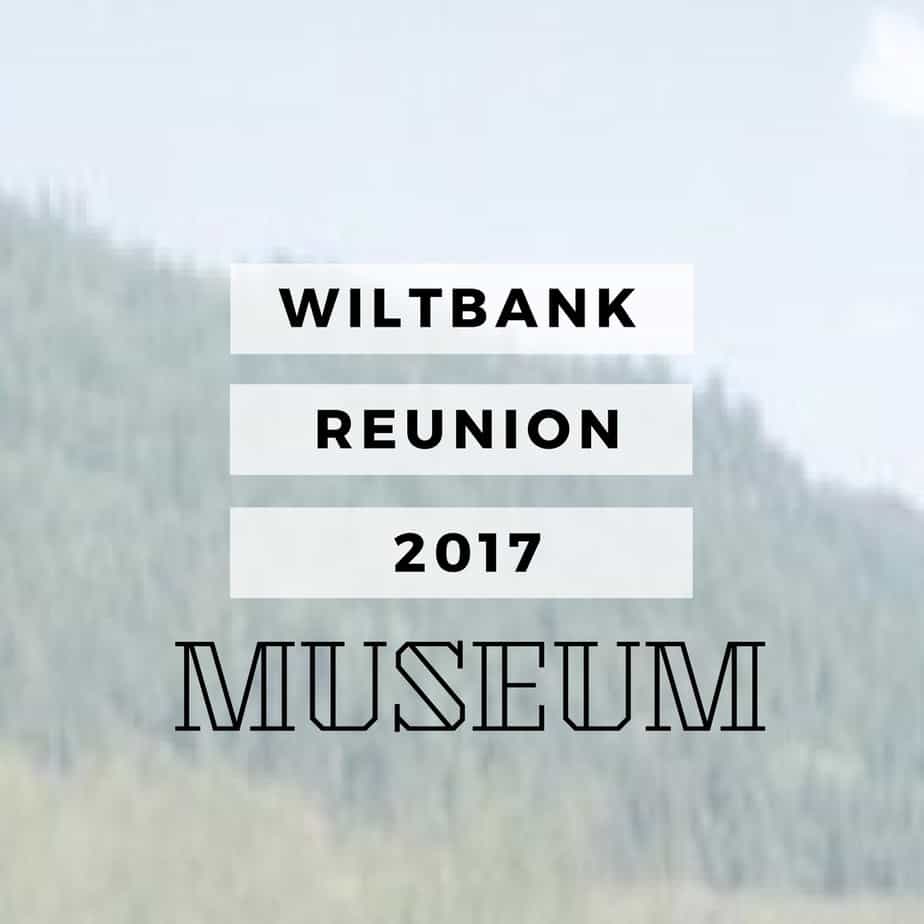 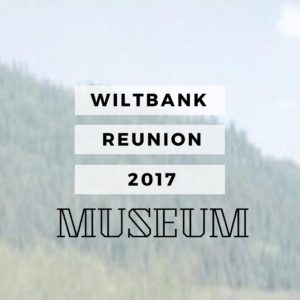 This past 4th of July weekend, the descendants of John Cleveland and Afton Mysilvia Haws Wiltbank gathered for the annual Wiltbank Reunion in the small town of Greer, Arizona. For any family members who missed, or any who want to experience some of the fun again, I am publishing several of the family history activities we participated in during the reunion.

We created a Wiltbank Memorial Museum on the sun porch of the cabin we rented for the reunion. Enjoy some of the displays about our Wiltbank heritage below: 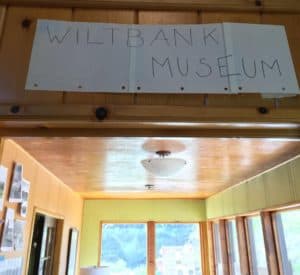 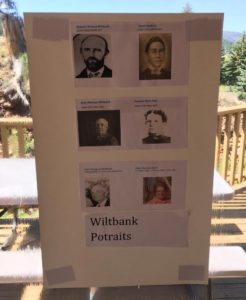 This portrait chart show three generations of Wiltbanks from John Cleveland Wiltbank, his father Ellis Whitney Wiltbank, and his grandfather Spencer Watson Wiltbank. Spencer and Ellis brought their families down from St. George, Utah, to be some of the original pioneer settlers of the Greer, Arizona area. 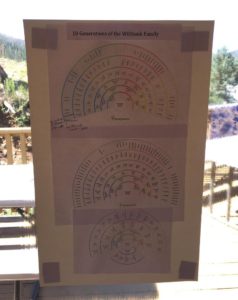 These fan charts trace the Wiltbank genealogy back 11 generations to the earliest known immigrant to America, Helmanus Wiltbank. 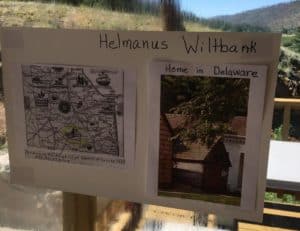 Helmanus Wiltbank served as High Sheriff of Sussex before he immigrated to Delaware. 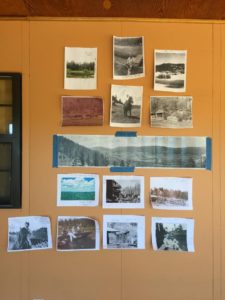 This photo wall highlights the history of the Wiltbank family and the changes in the Greer and Eagar area over the years as it was settled. 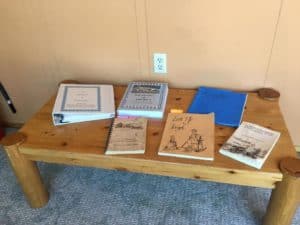 Several books of remembrance and cookbooks have been compiled by relatives over the years to record the history of the Wiltbanks. They contain so many interesting stories and information! 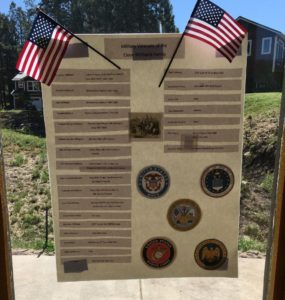 Many generations of Wiltbanks have served in the U.S. armed forces since the Revolutionary War. This chart commemorates their service. 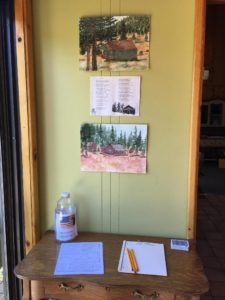 The city of Eagar, Arizona, will be installing a U.S. Armed Forces memorial in town. The reunion committee collected funds during the reunion to purchase commemorative bricks for several of our family servicemen and women. The artwork above the collection fund was created by a Wiltbank descendant specially for the reunion raffle. Her artwork depicts Greer as it was 100 years ago.