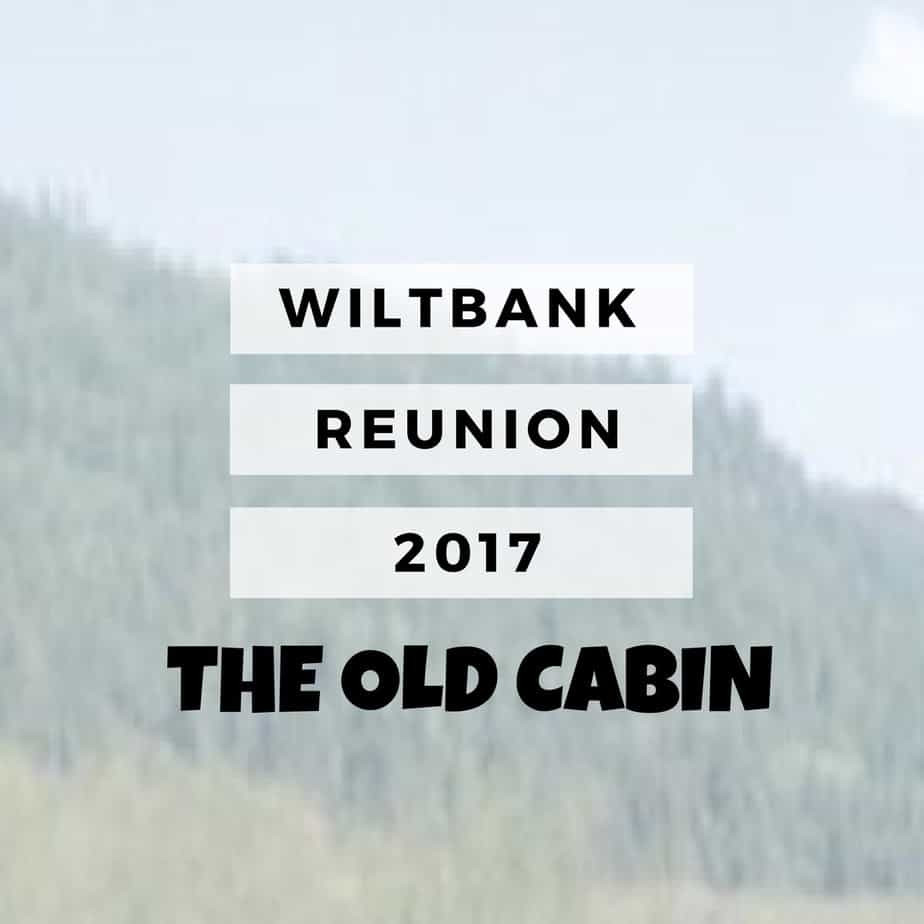 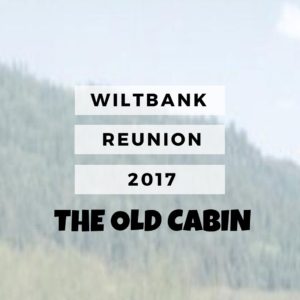 Cleve Wiltbank and Afton Haws married on July 31, 1919, at St. Johns, Arizona. They moved into a cabin in Greer, Arizona, that had “two rooms and needed considerable repairs.” The cabin had previously housed cows and horses. 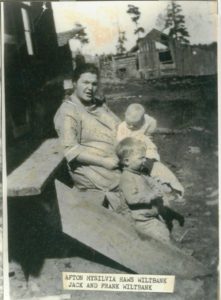 Their family grew to include many children before they added “three bedrooms, pantry and a ‘dirty clothes room'” onto the cabin around 1930. A back room in the cabin housed the post office for several years. Several outbuildings surrounded the cabin, including: a mill, corral, cellar, outhouse, and chicken coop. 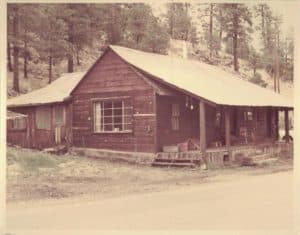 The old cabin with the additions

Afton lived in the cabin for many years after Cleve died, until her health began to decline and her sons built her a more modern cabin next door. 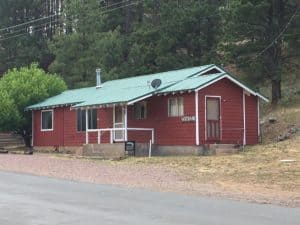 At that time, the old cabin was sold and converted into a restaurant, as it still stands today. 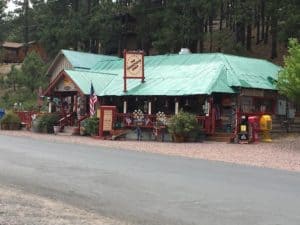 The old cabin is now the Rendezvous Diner 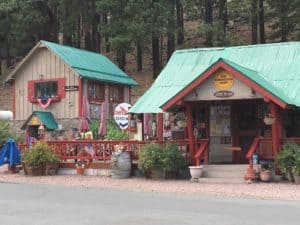 The Rendezvous Diner and the 2-story cellar nearby 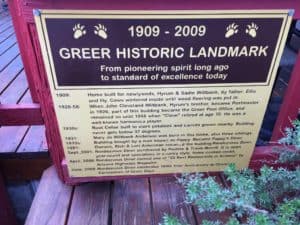 The Historic Landmark plaque at the old cabin

Even though the restaurant was closed the day we took our children to see it during the family reunion week, John was able to tell them about the cabin as he remembered it from his childhood. He also told them his memories about the 2-story cellar outbuilding near the cabin, and about the skunks that took up residence under the cabin when his grandfather was a boy.

*Quotes about the condition of the old cabin came from the reminisces of Aunt Ruth Knorr, a daughter of Cleve and Afton who grew up in the cabin.