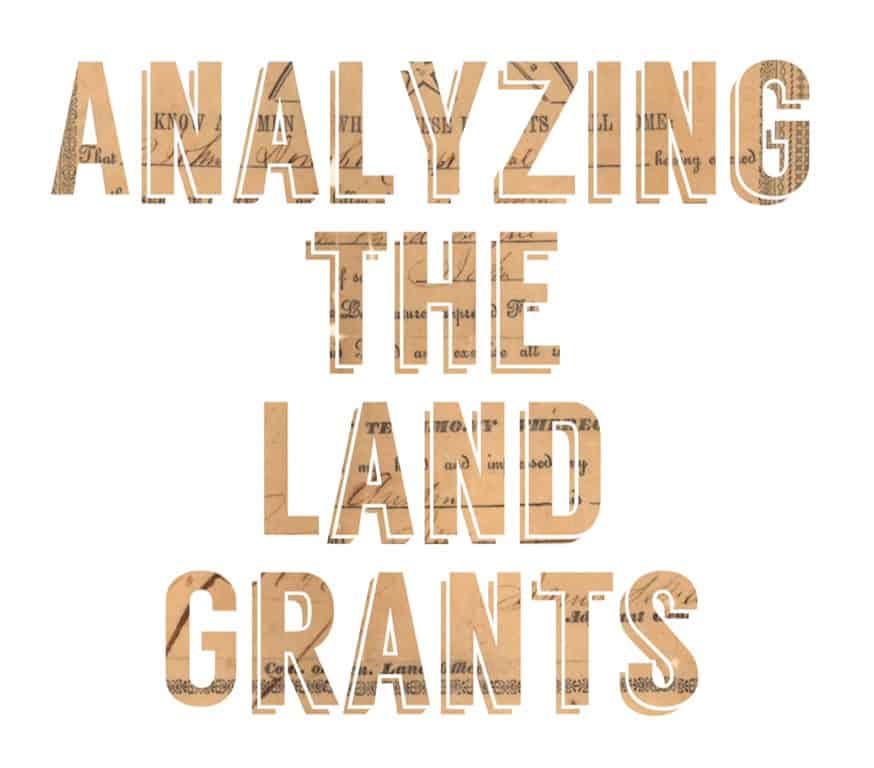 This post is part of the Donohoo Descendancy Project. John Donohoo was the son of Patrick and Sarah Donohoo. See previous installments about John:

Another Son, a Tick Mark, and a Recycled Name

The Clue That Reopened a Genealogy Cold Case

This week I spent some time transcribing, abstracting and analyzing the 60+ pages of documents relating to the land granted to John Donohoo for his service in the Texas Revolution, and the Texas land disposed of by my Donohoo ancestors. Through my analysis, I needed to determine:

I first transcribed the pages of documents showing the heirs of John Donohoo disposing of their land. As I worked page by page, I made note of clues in the documents, and I started a spreadsheet of the land described. It was interesting to note that the documents state that Patrick and Sarah Donohoo were given the land as the parents and heirs of John Donohoo and that six surviving children of Patrick and Sarah Donohoo inherited the land after their parents’ deaths. However, the documents only include five of those children. The sixth child’s land inheritance is not accounted for in these documents, nor is the sixth child’s name listed in these documents.

Next I decided to decipher exactly why John Donohoo, soldier killed at Goliad, was granted land. I went back to the Texas GLO website, where I had obtained copies of the original land grants for John, and searched for a guide on the land grants. I learned that John was granted 3 separate portions of land under three distinct grants. This helped me make more sense of the files I had previously downloaded.

The first portion of land John received as a Donation Grant. This was given to soldiers that participated in certain battles during the Revolution, and also issued to the heirs of those soldiers who died at Goliad. The grant was for 640 acres. 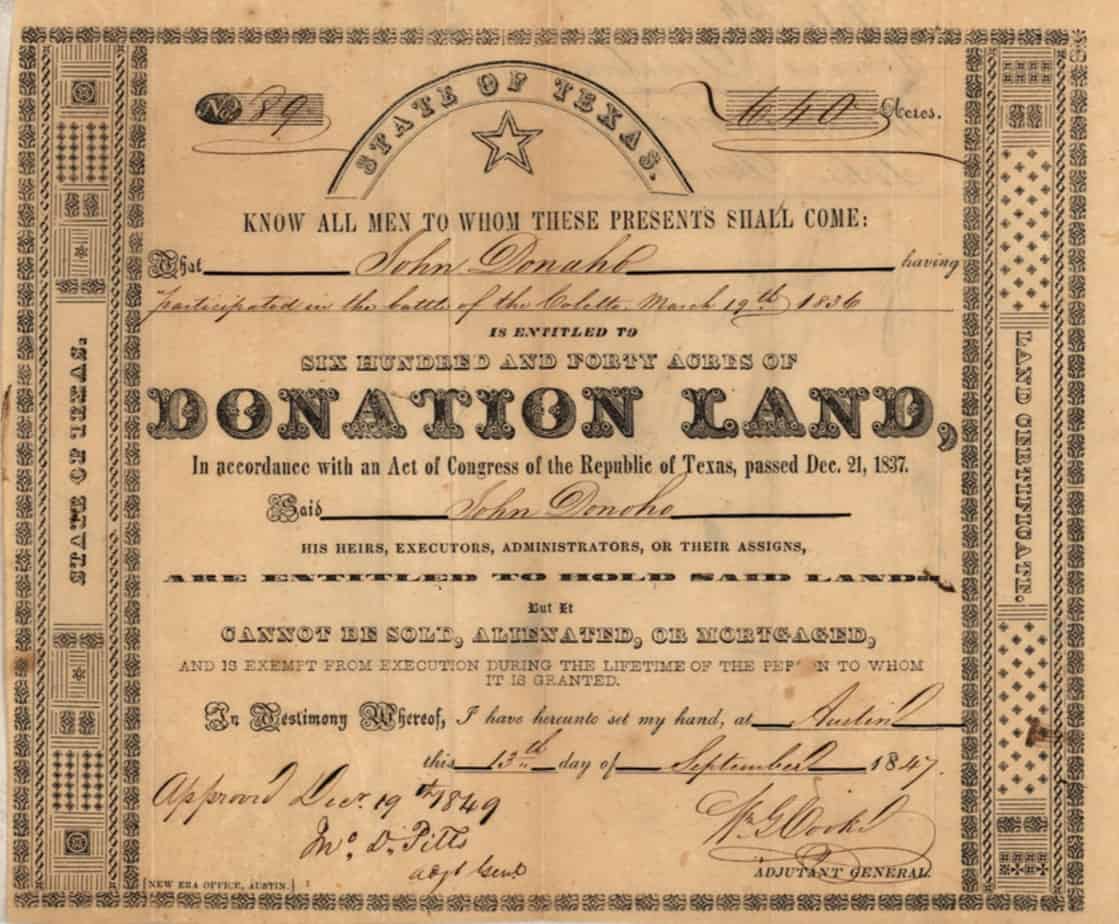 The second portion of land he received as a Bounty Grant. This was issued to soldiers who served Texas prior to October 1837, up to 1280 acres (depending on time served). Heirs of those who died in service were given an additional 640 acres under this same grant. 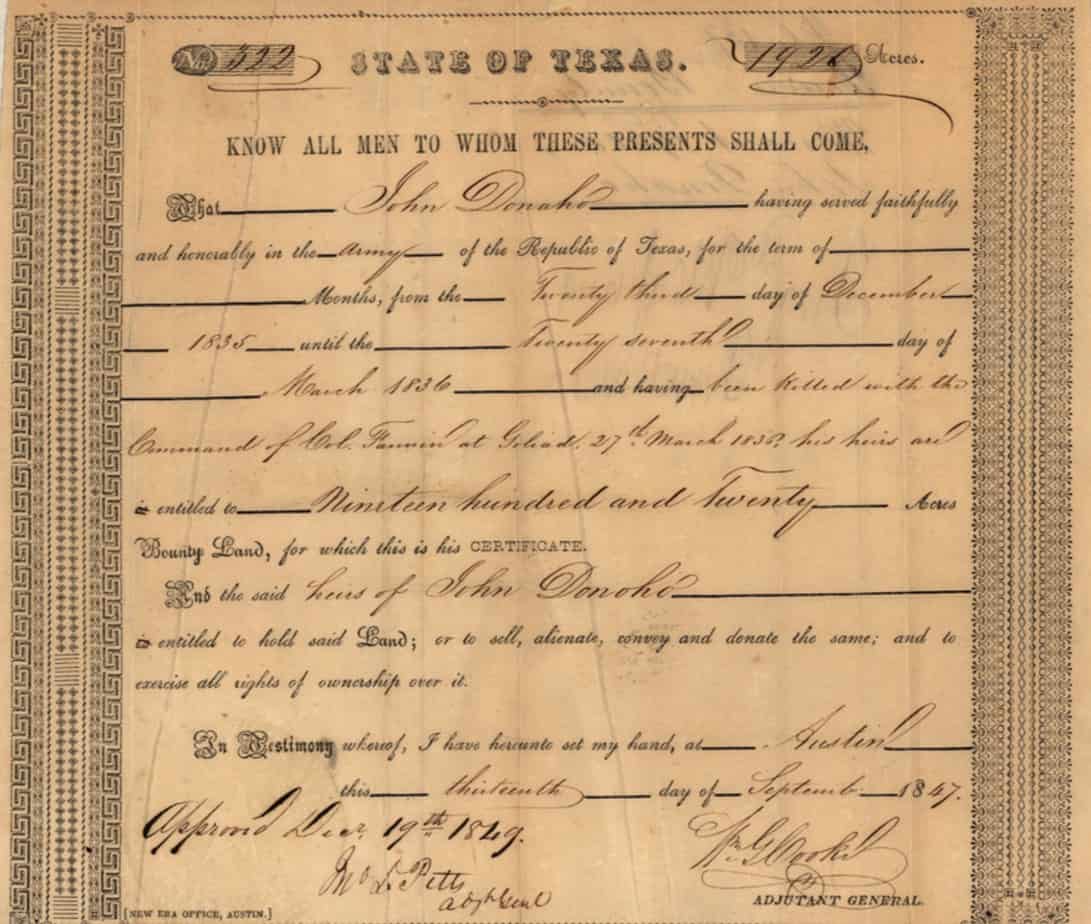 The third portion of land he received as a Military Headright. Under Military Headright, single soldiers were given 1/3 League of land just like First Headright grantees. This grant was given posthumously to those that fell with Fannin. 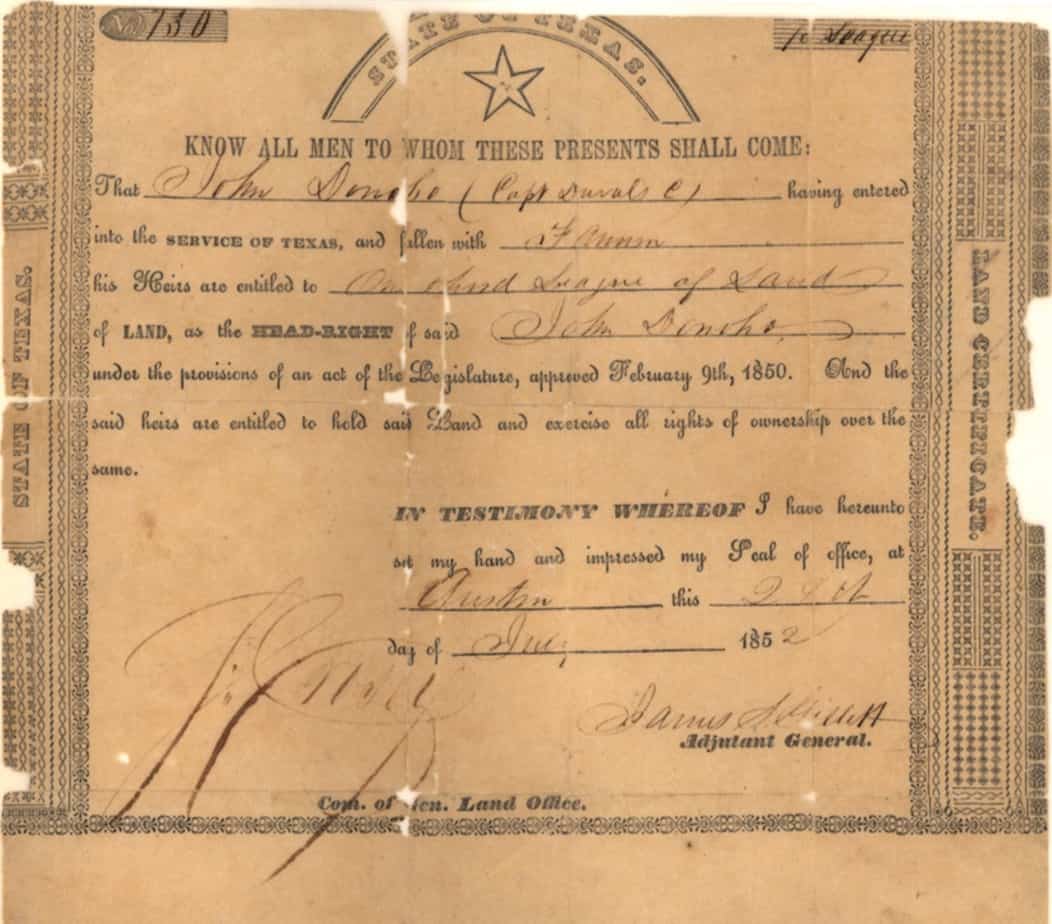 I then went through the extensive grant documents and made another section on my spreadsheet for the description of these lands. Then I began a comparison of the lands. As shown in the spreadsheet below, three sections of land match between the original grants and the land disposed of by the heirs. I highlighted the matching land with matching colors. This comparison makes it clear that John Donohoo, the soldier who died at Goliad, was the son of Patrick and Sarah Donohoo, and that they inherited his land grants as his heirs.

Note that the land disposed of by the Donohoo heirs in the documents I have only pertain to the Military Headright land. They only prove the five Donohoo heirs sold all interest in the DeWitt County, Texas land. The Bounty Grant and Donation Grant, both in Coleman County, Texas, and totaling 2,560 acres of land are not accounted for in these documents.

As with most genealogy research and analysis, this leaves me with as many questions as it answered. Yes, this John Donohoo is a part of my Donohoo family. No, I do not know if the Donohoo heirs disposed of all of John’s land.

Tips From My Research Process